Muhammad Miah joined Bluecube Academy as an ICT Apprentice in September 2021, part of our very first cohort when we launched our apprenticeship scheme...

Muhammad Miah joined Bluecube Academy as an ICT Apprentice in September 2021, part of our very first cohort when we launched our apprenticeship scheme last year.

Before joining, Muhammad was studying IT at University, having completed a BTEC ICT course in Sixth Form. He spent a year at University but didn’t enjoy the style of learning and how it was mainly test-based. Muhammad made the decision to leave Uni and apply for apprenticeships in IT instead as he wanted to learn in a different way.

When he was looking for apprenticeships, the interviews were mainly conducted via video call as the UK was still in the midst of the Coronavirus pandemic. As he didn’t have any work experience, he didn’t get his hopes up, but after speaking with Rob Gilbride (Head of Talent and Development at Bluecube) who accepted him onto the programme, he felt reassured and confident.

Muhammad has a keen interest in technology and phones. He particularly enjoys learning about the latest advancements, researching new features and reading about changes to the newest models coming out. 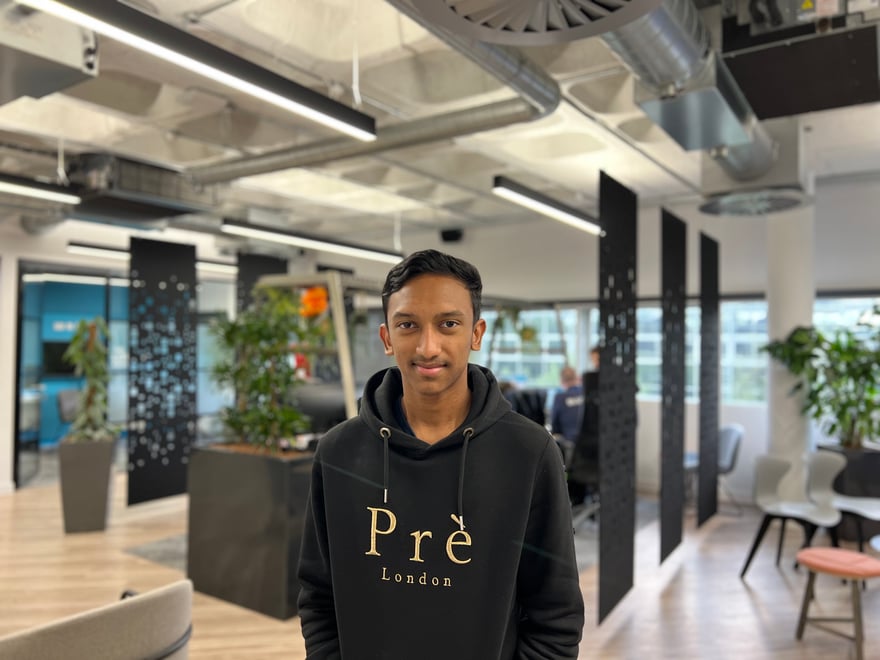 Why did you decide to do an apprenticeship with Bluecube?

When I left college and uni, I wanted to do something I was interested in. I knew that I enjoyed my course at college so wanted to find an apprenticeship that was similar. Something different and challenging.

I wanted to join an apprenticeship that offered learning on the job as well as gaining a qualification. In a good way, the apprenticeship isn’t as simple as I thought it would be. It’s challenging and I’ve learned a lot.

Also, when Rob showed me round the office on my first day, I liked the environment and wanted to be a part of the team – plus there were great on-site facilities on offer too!

Now one year into your apprenticeship, tell us how it’s going

I first started working in the Crisis Response team at Bluecube. When a cyber incident happened to an existing or new client, Bluecube would need to secure their environment. As an apprentice, we followed instructions given by more experienced members of the team, and answered the phones. We didn’t troubleshoot any issues, instead we gained a lot of confidence in speaking to clients and reassuring them.

After several months working in this team, I then moved into the Goods In, Goods Out team for a month. When I first joined this team, there was only one member of staff in this department who needed apprentice support and assistance due to an increase in business growth.

Within the Goods In, Goods Out team I helped track parcels, collections and making sure items were delivered in clients or suppliers. This team was then expanded by Antonio Sorzano (Logistics Service Delivery Manager) so apprentice support was no longer required and we then moved into the Builds team.

I spent around two months with the Builds team building devices for clients. I enjoyed being part of the Builds team the most as I like working on hardware and have a real interest in this area. After several months in Builds, I switched with another apprentice and joined the Enoshima team in FCR (First Contact Resolution), our 24/7 IT service desk. This team predominately focuses on talking to clients and working on fixing software.

What’s been a highlight of your apprenticeship so far?

I have now been at Bluecube for a year and I’m still enjoying it. There’s always lots to do so you have to keep on track as it can get quite hectic at times, especially on the service desk. You’re always learning, and the main things I’ve developed are my telephone skills. Speaking to clients on the phone is something I’d never done before.

I’ve gained a lot of overall confidence and improved my teamwork and collaborative skills. Since joining Bluecube Academy, I have become more open. Now, I regularly go up to people in the office and ask questions or seek advice. I have become more approachable too, so they also come to me too with any problems.

My troubleshooting skills have also improved. This is something that I am always learning and developing whilst on the service desk. I make a conscious effort to remember tasks carried out for clients on tickets raised. This helps when needing to refer back to them if additional help or assistance is needed. It also means that I deliver better customer service to our clients.

What does a typical day look like for you?

It’s very vast on the service desk, and very much dependant on whatever’s on the ticket or a client is tell is wrong on the phone. You have to figure it out and find the solution using your own knowledge and skills.

There’s a lot of problem solving and finding resolutions; it’s manageable but a lot.

We also have a lot of different clients here at Bluecube so it’s not always the same IT issues being raised. This makes it interesting and challenging. Every day you have to figure out new things. There’s a lot more variety involved and it almost goes beyond the term “IT service desk”.

While we do provide a service to clients, there’s also a degree of investigation and research that goes behind every solution. We have to figure it out for ourselves and what is required in order to get a fix for the client.

What’s been the most challenging part of your apprenticeship?

Working in the FCR team has been the most challenging part. There’s a lot of different things to learn, plus it’s busy and fast-paced. Whilst you are in a team, you do have to get used to working on your own. You have to take responsibility, and if you’re feeling overwhelmed by the number of tickets and work required, speak up.

We have recently introduced a ‘Teams buddy’ procedure for all the apprentices. Now we’re all paired with someone in the team who’s experienced and you can chat to them 1-to-1. Whoever you’ve been paired with is also able to point things out to you and help with your progression as well as keep track of your development and workload.

Another challenging aspect that I have found whilst on my apprenticeship has been managing my time to schedule in college work. As the service desk is very busy, it can be difficult to find time to fit in college work. I also find it easier to focus on college assignments in the right environment (at home is not ideal!) where I won’t be distracted.

The college work itself is straightforward to complete, and very similar to what I had to complete for the BTEC course. We mainly have to complete assignments and gather evidence.

What are your future career plans?

I’m not 100% sure yet. I would like to take the job offer upon completion at the end of my apprenticeship. In particular, I really enjoy working with hardware, but there is not necessarily the career progression I’d like within this field. So in a future role, I would like to find something that balances both working with software and hardware. But, IT is such a huge field, that my interest might change and grow!

What advice would you give to someone considering an apprenticeship?

During your apprenticeship, make sure to experience a variety of different sectors and take up any options that arise. Take all the chances and opportunities you’re given, and just go for it. Don’t say no, just give it a go.

If things get too much for you, speak up and don’t stay quiet about your struggles. Point it out to your manager and seek help to change. At the end of the day, you’re in charge of your own development and you’re the one that needs to voice if things aren’t going well or if you have a real interest that you want to pursue. Be your own advocate. Take ownership as you are the only one in charge of your own learning and professional development.

It’s also a good idea to track your own learning progress and not just rely on others to do this for you.

Learn more about our apprenticeship scheme 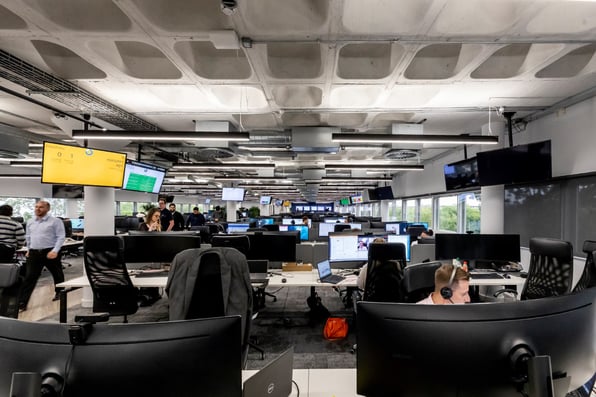 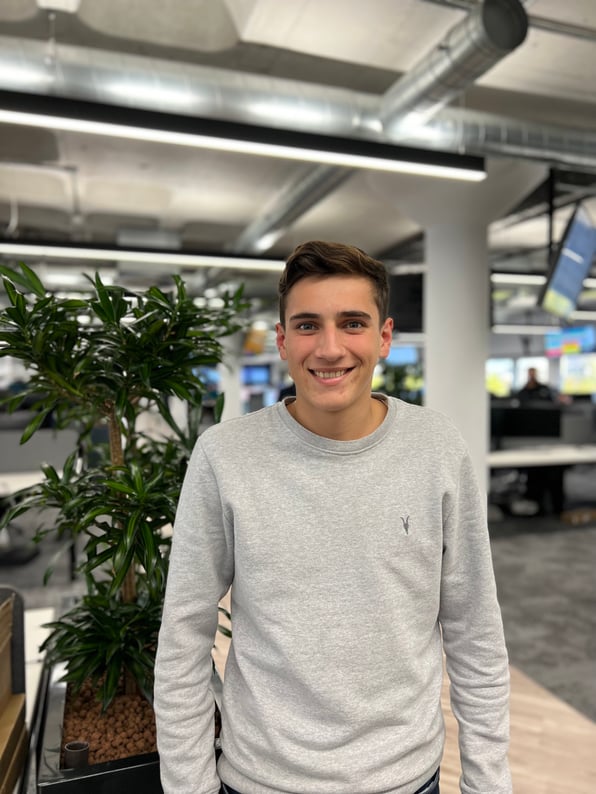 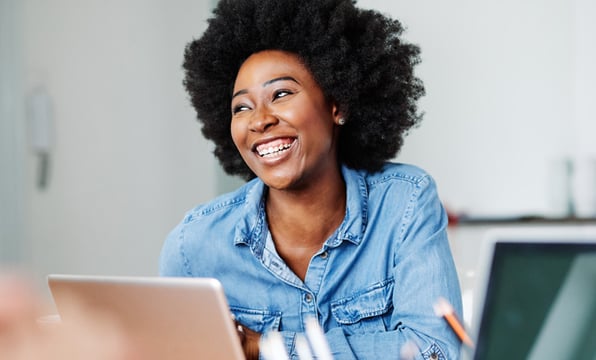 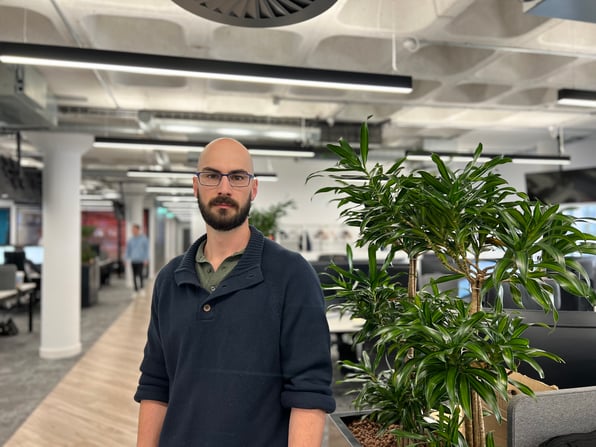 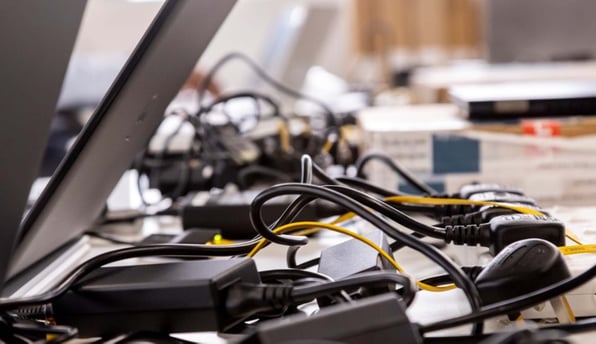 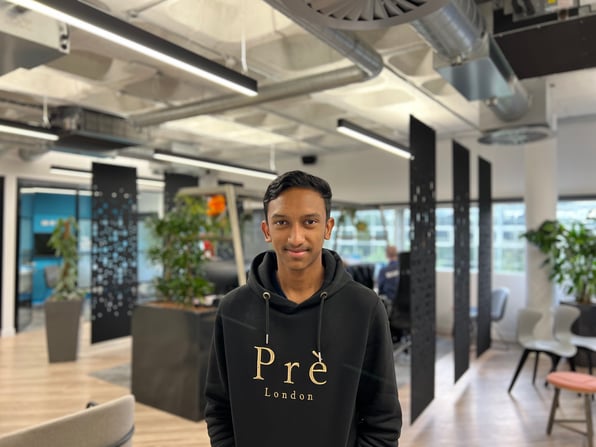