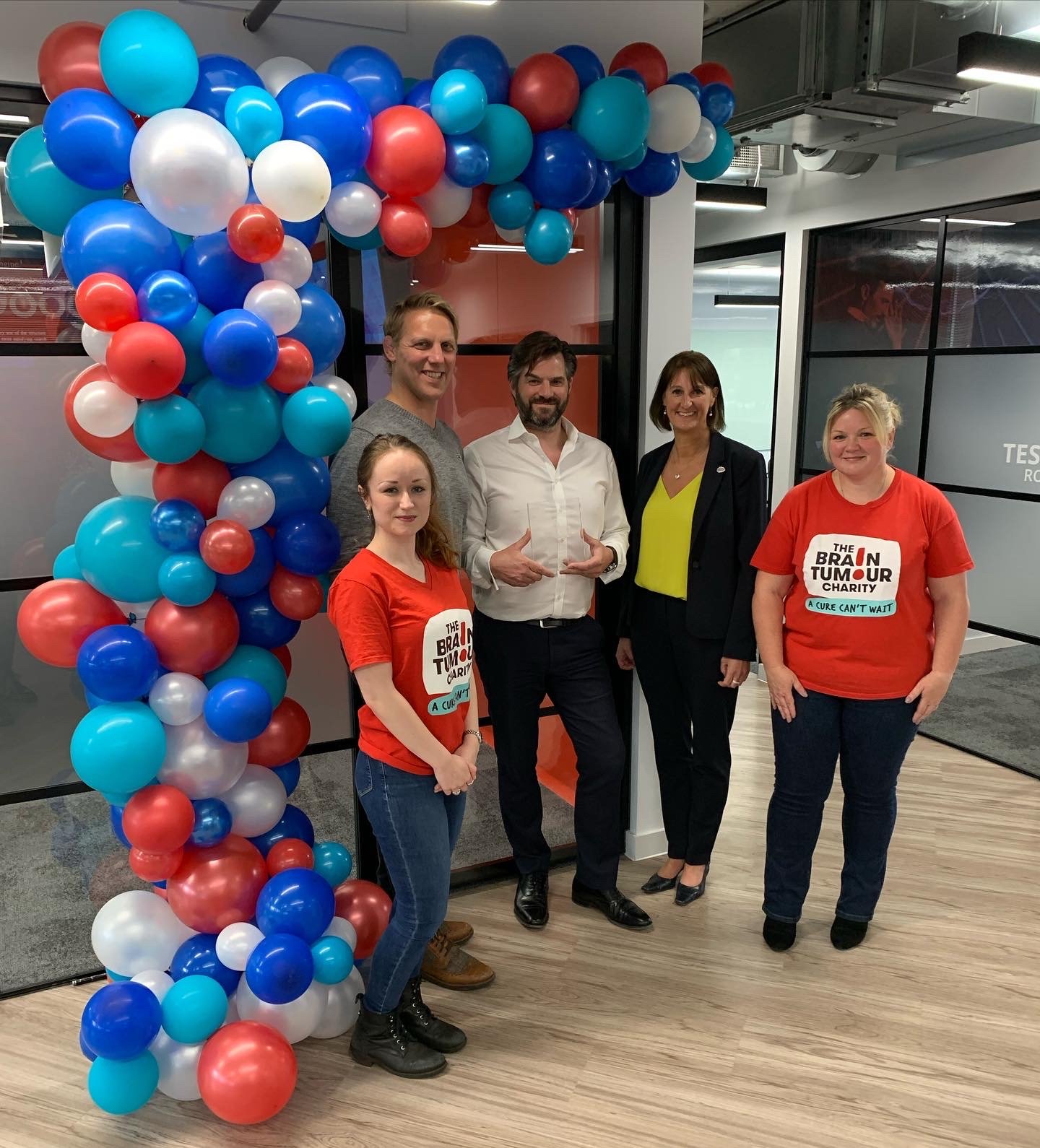 Joining us for the celebrations on Friday 20th May were: Gina Almond (Directory of Fundraising), Sally Williams (Gifts and Partnerships Manager) and Annie Edwards (Corporate Development Manager) from The Brain Tumour Charity, and extra special guest, Lewis Moody, former England Rugby Captain. Lewis was part of the 2003 World Cup winning side and is CEO of The Lewis Moody Foundation.

The celebratory event consisted of a short presentation and Q&A, followed by cake and celebrations.

Bluecube have been supporting this amazing charity for 10 years, and hearing the work they do on a daily basis was incredible. It was especially inspiring for the Bluecube team to hear how the work we do helps the charity and enables them to carry out inspirational, life-changing work.

In particular, it was remarkable to hear about the impact that Bluecube's support has had towards reaching their goals of doubling survival rates and halving the harm that brain tumours have in quality of life.

Take a look at our pictures of the day below. 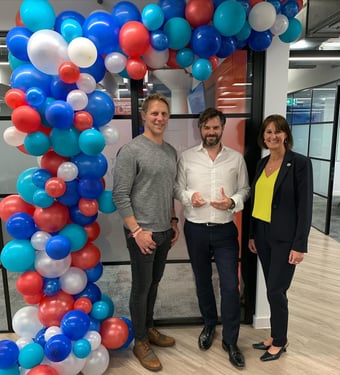 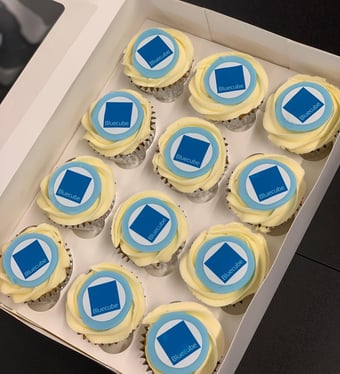 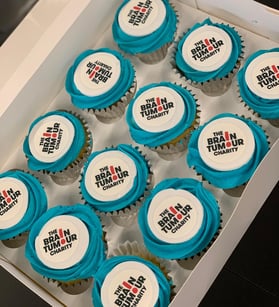 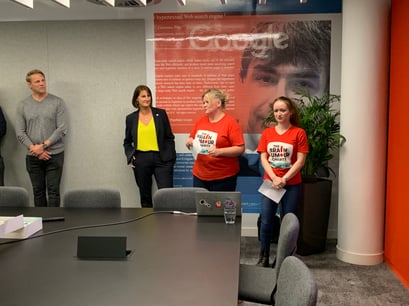 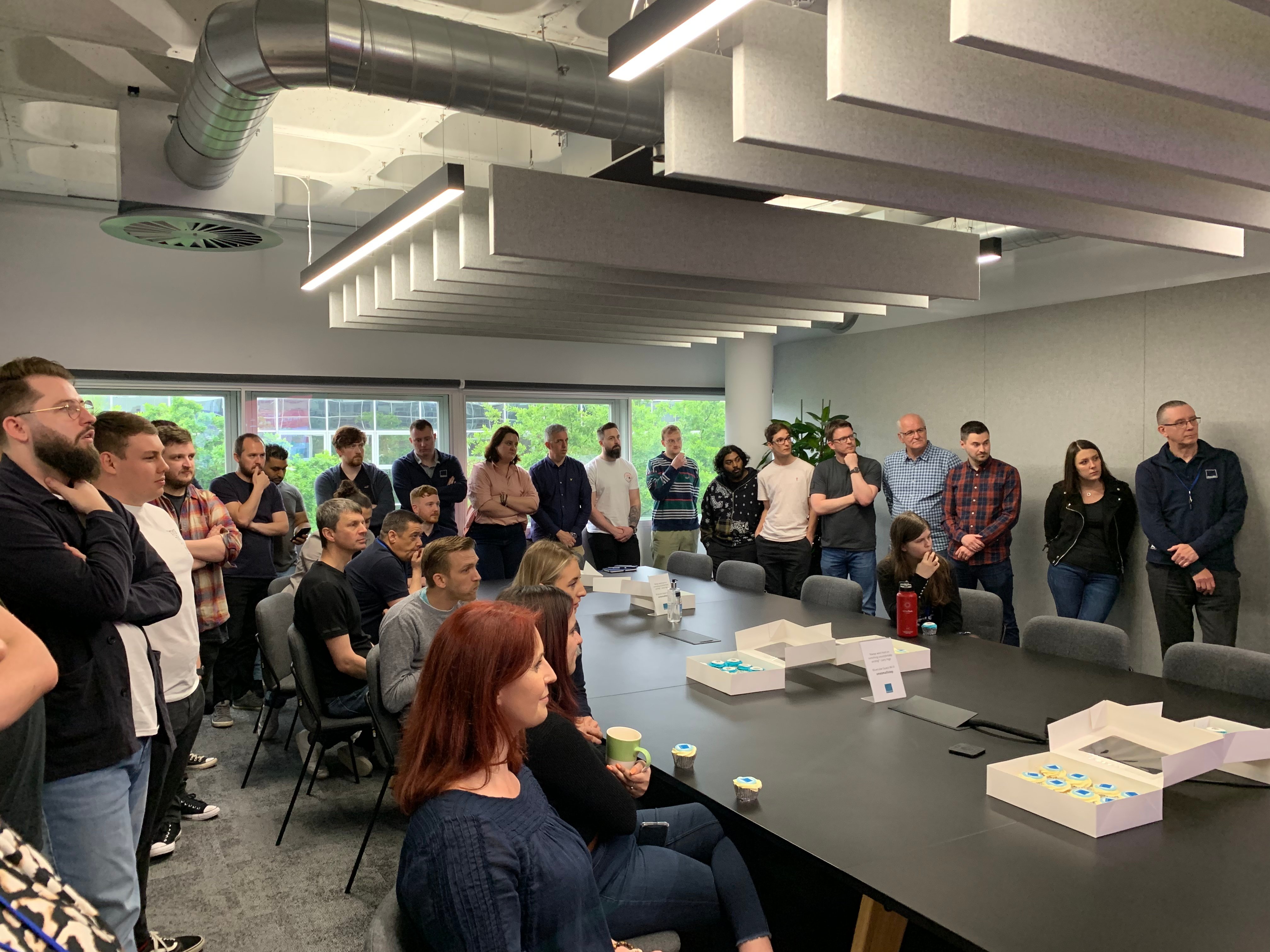 About The Brain Tumour Charity

The Brain Tumour Charity is based in Hampshire and their vision is “for a world where brain tumours are defeated”. With the main goals of doubling the survival in the UK, and halving the harm that brain tumours have on quality of life in the UK.

In the last few years, the charity has undergone a huge expansion following a merge with several other organisations: Brain Tumour UK, Samantha Dickson Brain Tumour Trust and the Joseph Foote Trust.

A Partnership Built On Trust

Bluecube take care of The Brain Tumour Charity’s IT and telephony needs, providing IT services and infrastructure that enables 120 people to work remotely – with the same connectivity that they’d experience in the office.

The robust and reliable IT system provides IT security to safeguard sensitive date and ensures the charity operates an open and transparent system safely. Alongside the day-to-day running of the IT system, Bluecube deliver a responsive IT service desk, project managing office moves and IT upgrades as well as providing IT strategic advice.

Read more about our long-standing (10 year!) partnership with The Brain Tumour Charity in our dedicated Case Study.

“They’re life-giving for us. They're the most important thing that we have.
If you turned it off, we'd be really stuck.”

See All
The Best (and Worst) Data Backup Solutions For Small Businesses
Bluecube’s Global Community: Meet Albert DiGeso
What Effect Does Bring Your Own Device (BYOD) Have On The Workplace?